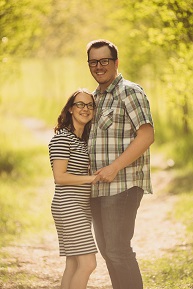 Adam and Ashley have been married since 2010 and have two children,  Haddon and Isla. Adam grew up in Wyoming enjoying hunting and shooting sports, and became a follower of Christ his freshman year of college. Ashley grew up around the world as an Air Force brat and loves strange foods and other cultures. She became a follower of Christ her senior year of high school. They enjoy spending time together as a family exploring the world around them and photographing whatever they find. Adam works as a carpenter and Ashley is home full-time with their children. Both were able to complete the Masters Degree program at the WEST Institute in 2012-2013 and have served in various roles at LVC for years, in addition to a year abroad at the International Baptist Church of Cologne, Germany. They love the Church, and are happy to serve the body in any capacity! 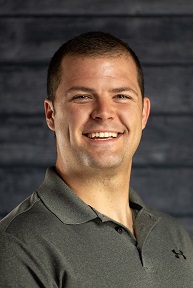 Brian Fortman was born and raised in a non-believing home in Laramie Wyoming and is a Fireman at the City of Laramie. After God got ahold of his heart through some friends in high-school, he started following Christ at the age of 16. Brian Graduated from Laramie High School in 2005 and continued on to complete a bachelor’s degree from the University of Wyoming in 2010. Prior to becoming a fireman, Brian was called to work with youth. He has been an assistant high school football coach, Study Hall Teacher at the Middle School, and worked at the Laramie Crisis Center. Currently, Brian is helping with high school FCA and is leading the youth ministry at Laramie Valley Chapel. Brian has been married to his wife Stephanie since 2010 and they have two children, Dax and Liv. He enjoys spending time with his family, exercising, riding his dirt bike, snowmobiling, and relaxing at his cabin in his spare time. 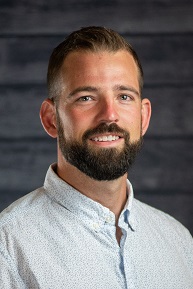 Kyle Koster was born and raised in Illinois where he grew up in a Christian home.  Despite this, it was not until Kyle’s senior year of high school when he turned from his sin and became a follower of Jesus.  Kyle then attended the University of Illinois, completing a bachelor’s degree in Agricultural Finance in 2010. Upon graduating, Kyle spent 2 years in Hong Kong working at an international church in youth ministry.  After returning to the States, Kyle moved to Wyoming where he met and married his wife, Bailey, in 2014. God has developed a deep desire in both Kyle and Bailey to minister to college students and to teach the importance of integrating into and serving the local church.  In addition to leading DOXA college ministry, Kyle is the owner of Range Leather Company; he and his wife have one daughter, Vera.

Join us Sunday at