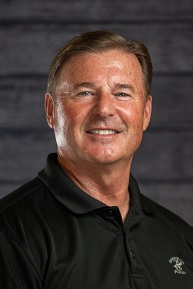 Paul has been the senior pastor of Laramie Valley Chapel since September, 1984. He accepted Christ at a young age and grew up in a Pastor’s home. His father ministered in Wheatland, Wyoming where Paul learned to love the West. After serving 4 years in the President’s Honor Guard, U.S. Army Caisson Platoon, in Washington, D.C., Paul prepared for ministry at Pillsbury Baptist Bible College and Central Baptist Theological Seminary. He and Kristi were married in 1973 and have six children and nineteen grandchildren. In 2010 Paul received an Honorary Doctorate from Shepherd’s Theological Seminary. Paul was an assistant football coach and strength coach at Laramie High School for 11 years. The strength of his ministry has been preaching the Gospel, personal evangelism and discipling men to be spiritual leaders. 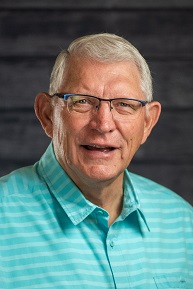 Lynn Howe was born in Texas and raised in New Mexico and Wyoming on ranches.   He came to know Christ as savior his senior year of High School.  Hunger for the Word led him to Bible College to learn the Scripture. While in Bible College he met Peggy and they have now celebrated fifty years of marital partnership.  The Lord has blessed their marriage with three sons and daughter in-laws, and now ten grandchildren.  Lynn spent three years in seminary in California to earn a M Div., and served churches in Minnesota, Wyoming, California, Illinois and Montana.  Lynn and Peggy moved to Laramie in 2016 where Lynn joined the staff of Laramie Valley Chapel after forty-two years as a senior pastor in Montana.  The Lord has allowed the Howes over fifty years of pastoral leadership.  The ministry of shepherding at LVC is a source of great joy and anticipation. To conact Lynn email wsbcforhim@aol.com 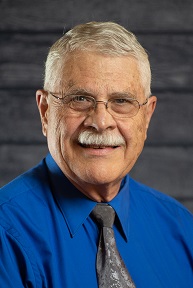 Terry spent his professional career in the United States Forest Service and retired in 2008. He asked Christ to be his Lord in 1974 when he was 27 years old. He has taught junior high, college/career aged students, adult bible studies, and Sunday schools in New Mexico, Colorado, Nebraska and Wyoming. He has some training in Biblical Counseling from Luther Rice Seminary. Terry has served as an Elder at Laramie Valley Chapel since 2015. He and his wife Katie spend much of their time visiting their 16 grandchildren and 4 great grandchildren in North Carolina, Missouri, Colorado, and New Zealand. 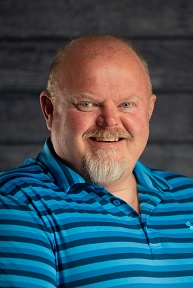 Doug has worked with college students at Laramie Valley Chapel since 2000 and is currently the Director of Collegiate Ministries (CM). He is originally from Canada and if you listen sometimes, you will still hear the accent! Doug grew up in a pastor’s home and came to know Christ as a child. His father ministered as a church planter for 60+ years with the Christian and Missionary Alliance in Canada. Doug prepared for ministry at Okanagan Bible College, Canadian Bible College, Toccoa Falls Christian College and The West Institute. In 1998 he married his wife, Tuesday, and they have 4 children: Isaiah, Roland, Titus and Emma. Doug worked for the City of Laramie for 14 years, as the Industrial Pretreatment Coordinator as well as overseeing the biological and chemical lab. He is currently working as the Operations Director of Electrichlor, which designs and builds chlorinators for ships and domestic uses. He enjoys meeting new people, sharing the gospel and God’s generosity through hospitality, and being active in the community teaching students how to cross-country ski, ice-skate and enjoys other outdoor pursuits with his family. One of Doug’s favorite and sincere sayings is… “Know we love you..!” 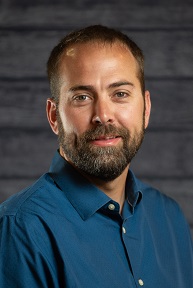 Clayton Schultz was born in Cody, WY and raised in Laramie, WY.   He came to know Christ in Junior High School.  Clayton attended college in Nebraska and while in school was discipled for the first time. Through this process he became aware of the need for additional training as he wanted to spend the rest of his life discipling others.  After marrying his wife in 2005 he started his studies at Dallas Theological Seminary. Clayton and Molly returned to Laramie after they both completed seminary degrees in order to start The WEST Institute. Clayton, Molly and their four children have served at Laramie Valley Chapel for the past nine years.  To contact Clayton, email clayton@thewestinstitute.com. 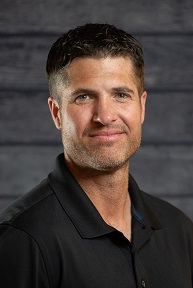 Sean is employed at Premier Bone and Joint Centers, an orthopedic surgical center in Laramie. He was born in Dayton, Ohio and moved to Cody, Wyoming when he was 10 years old. While living in Cody, he attended an FCA soccer camp in St. Paul Minnesota and accepted Jesus Christ as his personal savior. In 1998, Sean enrolled at the University of Wyoming to pursue a degree in health care. He graduated with a bachelor’s degree in nursing in 2003. While in college, Sean met his wife Debbie and they have been married since 2003. They have 4 children, Tyler, Weston, Asher, and Haylee. He has been ministering at Laramie Valley Chapel since 2000. In 2012, Sean graduated from Shepherd’s Theological Seminary through the West Institute, earning a Master of Arts in Church Ministry. Sean is currently an elder at Laramie Valley Chapel and spends time disciplining, administrating biblical counseling, and small groups. He has a deep desire for people to know and understand the Word of God. 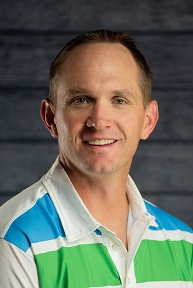 Aaron came to faith in Christ while in high school through the ministry of Laramie Valley Chapel and has been a part of the church since the early 1990’s. Upon graduation with a Civil Engineering Degree from the University of Wyoming in 2002, he joined the staff of the Fellowship of Christian Athletes and served with the LVC college ministry. Aaron is currently serving as the Campus Director for the Fellowship of Christian Athletes at the University of Wyoming and oversees the FCA ministry at the high school and middle schools in Albany County. Aaron serves as a chaplain to the UW football team and is the Rockies Regional FCA International Coordinator; working with sports ministry leaders in the Philippines and the South Pacific. Aaron and Stacy were married in 2004 and have four children, Fisher, Boone, Lily and Cyrus. 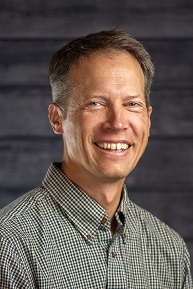